Dr. Devanshu Patel, a passion driven educationalist, and a dynamic President and Trustee of New Era Senior Secondary School, whose steadfast commitment towards primary and higher education has made an impact not only in Gujarat but in all the diversified States of India, including various countries across Asia, Europe, America and Africa. Upon completing his Bachelor of Medicine, Bachelor of Surgery and Doctor of Medicine in Pharmacology, from Maharaja Sayajirao University of Baroda, Dr. Devanshu Patel joined the field of higher education, as a way of contributing to the shaping of India’s future leaders. His uncompromising belief in the empowerment of the youth and their pivotal role in national development resulted in him carrying forward the torch of education. Dr. Patel has been instrumental in furthering the growth of Universities along with the establishment of State-of-the-Art educational institutions which have been imparting knowledge and skill sets in the fields of fine arts, technical education, business development, social sciences and medical sciences within the State of Gujarat. His belief in the role of education as a vehicle for social mobility for both individuals and nations has allowed him to develop highly innovative skill and vocational development programmes which have been complimentary to the teaching and learning process. All such efforts can truly justify his position as one of the dynamic leaders and thinkers of the 21st century. His adherence towards research as an instrument for cultivating knowledge has also resulted in the discovery of highly practical solutions which have contributed to the breadth of knowledge in academia. In addition to this, Dr. Devanshu Patel, holds a unique vision towards internationalisation and globalisation, which has allowed him to raise the New Era Senior School Flag to global heights. Dr. Parul Patel, is a resilient educational administrator, and a trustee, of New Era Senior Secondary School. Her tenderheartedness has allowed her to build ties and maintain close relations with the faculties, parents and students in the educational sector, while guiding them through their academic journey. Her presence within the school and academic industry has been the fibre holding together the growth of education, under a common thread of commitment and dedication. Dr. Parul Patel holds an M.D. in Organon from the Hemchandracharya North Gujarat University, Patan and has served as a Professor in Rajkot Homoeopathic Medical College for 8 years. In addition to her numerous roles, she is the University’s Chairperson, for the Admissions Committee and a Member, Governing Body. She is also a notable member and contributor of the Central Council of Homoeopathy (CCH), a notable governing body of homeopathic education and practice in India. Dr. Parul Patel personally guides over 8000 students each year for the admission processes with compliance to the regulatory frameworks. Her passion for education has also made her continue pursuing her passion for teaching and for that reason, she continues preparing students for their future in education. She firmly believes that education is a continuous process, which begins and never ends.

Dr Geetika Madan Patel, is a dedicated educationalist, a highly passionate doctor, whose selfless and social centric nature has allowed her to make groundbreaking contributions to the scope of healthcare, and to the overall welfare of the society. Her commitment towards nurturing the young minds of India, has been made evident by her role and contributions as a trustee at New Era Senior Secondary School. Before joining the fields of Academics and Medical administration, Dr. Geetika Patel completed her MBBS and MD in Community Medicine with a Gold Medal from the illustrious Maharaja Sayajirao University of Baroda. Her passion for medicine and her desire to push forward the global agenda for Universal healthcare in India, has allowed her to play a pivotal role in the establishment of numerous medical institutions & hospitals. As the head of one of the notable multispeciality & superspeciality hospitals in Vadodara, Parul Sevashram Hospital and other medical & paramedical institutions, Dr. Geetika has put together a team of uniquely dedicated and highly motivated doctors and paramedics who have been catering for the overall health needs of the people. Her contribution to the District, State and National healthcare, also resulted in her being awarded the Icons award in healthcare by Times of India. The untimely efforts of Dr. Geetika Patel, has resulted in novelty not only in research, but the nature and form of originality developed by every student who passes through her hands and guidance and contribution to Anand Vidya Vihar School. 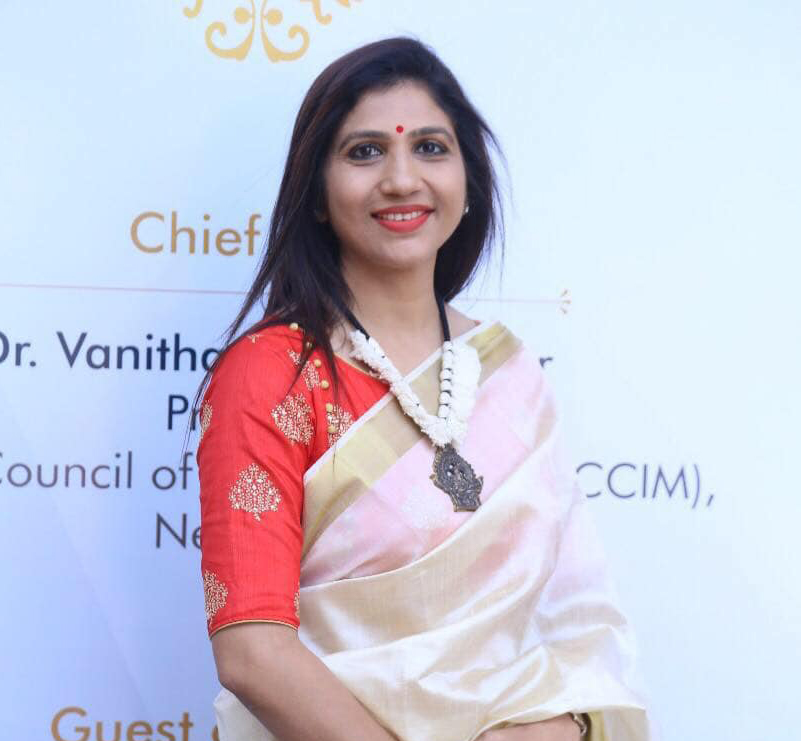 Dr. Komal Patel is an egile, and highly proficient leader, whose hard work, passion, and drive have made her not only an effective educational administrator but an exceptional surgeon and gynecologist. She is a trustee of New Era Senior Secondary School and in addition to this, she has made notable contributions towards the establishment and development of surgical departments at the Hospital. Dr. Komal Patel completed her Bachelor of Medicine and Bachelor of Surgery from the renowned Pramukhswami Medical College, Karamsad and she had been the recipient of a Gold Medal for her exceptional performance in MBBS. As a way of gaining in-depth expertise in this field, Dr. Komal also pursued her post-graduate studies in Gynecology and Obstetrics. Under her dynamic leadership, hospitals in Ayurved, Homoeopathy and Research. Dr Komal Patel had a pivotal role to play in establishing cutting-edge facilities, modernizing the infrastructure and ensuring quality treatment to the patients in these hospitals thus, enabling them to set higher benchmarks in healthcare institutions and attaining this NABH Accreditation. She is a firm believer in the need for quality education, and at the same time for Dr. Komal Patel, believes that an academic experience is one which allows the students to harness their potential, and turn their passions into their purposes.